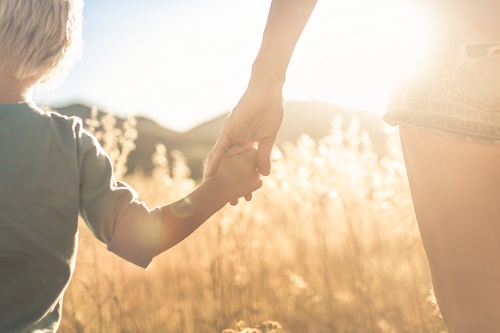 In most instances, the amount of child support will be determined by New Jersey’s Child Support Guidelines that involve
some complicated formulas based on:

As the New Jersey Child Support Guidelines are formulas, most disputes involve the methodology or actual data input. For instance, a party may argue that a spouse earns a substantial but unreported sum of money from, say, tips, and that would affect that spouse’s actual income and thus the amount he or she could be expected to pay for child support.

Parents who are not the residential parent—the one who doesn’t have the children for most of the time—believe they have to pay or are paying for all their children’s support. In most instances, however, that’s not so. Parents who are the primary residential parents may or may not have a probation account, an account to which the ex pays alimony and is then sent to the one who is supposed to receive it, but they pay for all the children’s expenses not covered by the child- support payments; they cannot expect the nonresidential parents’ child support to cover all their children’s expenses. Except in very rare instances, neither party has the obligation to pay for all of their children’s support; it’s a shared obligation.

Deviation From the Child-Support Guidelines

In some cases, the child-support guidelines will not be used or will deviate from the agreed-upon amount. That’s the case when an adult child resides away from home during college, or when the net income of both parties from all sources exceeds $187,200. In that instance, a deviation from the New Jersey Child Support Guidelines may be necessary.

When a child-support account is established through Family Support Services/Probation, there will often be periodic increases in support (cost of living adjustments). Likewise, the
parties may agree to revisit child support at certain set intervals such as every three years. Child support may also be modified, however, at any time if there’s a significant change in circumstances. Some common examples of what may be considered a change in circumstances include these:

Until recently, New Jersey did not assume the emancipation of a child or the termination of child support upon a child’s eighteenth birthday. In fact, appellate cases even stated that a child could even be “unemancipated.” However, recent legislation presumes emancipation and termination of child support once a child reaches nineteen. A parent receiving child support for someone who is nineteen or older can ask the court that the child support continue if the child is disabled, not out of high school, going to college, or other compelling reasons. The new legislation also says that emancipation must occur no later than when a child reaches age twenty-three.

In New Jersey, children are considered emancipated if they have moved beyond the “sphere and influence” of their parents, but it’s rare for the court to say that a college student has moved beyond that sphere. In New Jersey, both parents are generally required to contribute to their children’s college costs and at times up to and including paying toward professional or graduate degrees.