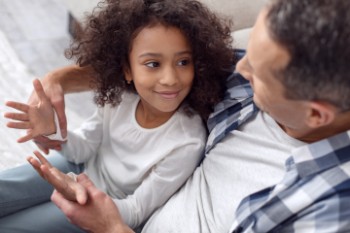 In New Jersey, parents are encouraged to share parenting responsibilities and to create their own custody agreement. However, this is not always possible when emotions are running high and they have hard feelings toward each other. If you are in this situation, you can ask the court to make a decision on custody of your children.

What Are the Different Types of Child Custody in New Jersey?

How Are Child Custody Cases Started?

Child custody matters are decided by judges in New Jersey superior courts. A parent can begin the process of requesting a child custody order by filing a motion or a complaint when filing for divorce. In a divorce proceeding, the judge will make both a temporary custody decision and a final one in the divorce judgment.

When Can You Request an Emergency Child Custody Hearing?

In New Jersey, parents can request an emergency child custody hearing if their child’s physical or psychological safety is at risk. Certain criteria must be established before the request for an emergency hearing will be granted:

How Does a Judge Make a Child Custody Decision?

Before making a decision on child custody, the judge will conduct a hearing where both parents can present testimony, evidence, and arguments. Prior to this hearing, the court can order an investigation to review the parents’ fitness, financial condition, home, criminal record, and other factors that can impact on their ability to parent their child.

In making a decision, the court will focus on the best interests of the child. Here are some of the factors that the judge will consider:

Will Your Child Be Allowed to Testify?

Judges will take a child’s preference as to where he lives if he is old enough and mature enough to give input into the decision. His testimony would usually be taken through a private interview with the judge rather than in the courtroom. The judge would only allow an interview if it would not be harmful to the child. The parents can request an interview or the judge can decide to conduct one on his own.

If a child is interviewed, the parents can submit questions to be asked and the judge can also ask his own questions. If the judge decides not to grant an interview, he must state his reasons at a court hearing.

How Can Carl Taylor Law Help?

Deciding on custody of your children is one of the most important decisions you will make in your divorce or custody action. Our experienced divorce attorneys are here to help. Call our office to schedule a private consultation to learn about your legal options and how we can assist you in achieving your “happily even after”.