During the Divorce, Should I Leave the Marital Home? 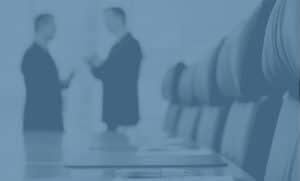 One of the most common questions I receive as a Hunterdon County, New Jersey divorce lawyer is whether or not a party should leave the marital home during the divorce proceedings or prior to filing for divorce.  It’s a simple question but with a somewhat complicate answer.  The purpose of this blog post will be to discuss some of the issues that may impact a decision in this important issue.

In Favor of Not Leaving the Marital Residence

Firstly, the common advice is to generally not leave the marital residence. The idea behind this classic advice is that once you leave the home you are left to take on more expenses, you may hurt your pendente lite (during the divorce proceedings) or even post-divorce custody and parenting time (courts may favor parent that has larger home, home children are familiar with, in children’s school district), and that you also may lose some control over the process of listing the property for sale or possession of certain personal items such as furniture, etc.  There is a lot to be said in favor of such arguments.

Also, given that finances are often strained during a divorce, it is often beneficial to reside in the marital home so as to cut down on the expense of having two separate households. Courts like to favor the status quo during the divorce process, and residing together during the divorce helps maintain that status quo.

However, it should be noted that if there is an active restraining order in place then you cannot reside in the same residence as your spouse/soon to be ex.  In addition, there may be some further qualifications to consider such as whether the house is solely one parties property or not, whether there is a prenuptial agreement addressing such issues, and what would be in the children’s best interests, as applicable.

In Favor of Leaving the Marital Residence

That said, not every situation is the same.  There may be certain variables at play that may inure toward leaving the marital residence.  Although it may be better for you to have your spouse leave, they may not be willing or able to do so.

One of the benefits of leaving the marital residence may simply be peace of mind.  It’s sometimes easy to dismiss the intangible benefits of something, but parties pursuing a divorce often have their issues with one another.  At the very least, one of them is pursuing an action so as to not continue to live with the other.

Although old movies like “The War of the Roses” may present such issues as farce, it may be difficult to continue to reside with a spouse when there is constant bickering or worse. Also–and this is true particularly for men (but could apply to either party); there is some concern if you do not reside about your spouse potentially pursuing an unwarranted restraining order to get you out of the marital residence. There have been occasions where the domestic violence laws have been used (by both sexes) as a “sword” rather than a “shield,” and case-law has warned about such issues.  This may be particularly true if you are in a job such a law enforcement that relies upon being able to legally carry a weapon for your line of work.

In addition, since divorces can take upwards of 1-2 years if they do not settle, moving out of the marital residence can also assist both parties in moving forward with their lives.  Being caught in limbo for a period of years can be detrimental to one or both parties.  Such “limbo” is how several of my clients have defined the process of residing together with a spouse for an extended period of time post-separation.

If you do decide to vacate the marital residence, it is important to take an inventory (video inventory would be best) of all of the marital possessions should your spouse later sell or destroy your property (or joint legal property).  It is also best to make copies of any important documents (either your own or joint documents) prior to vacating.

Again, leaving the marital residence may raise particular issues for you if there are children of the marriage, as a pendente lite order may disfavor you, you may be seen as “abandoning” the family, and it is difficult to regain access once you formally vacate (otherwise if you both own the property there is no legal requirement to vacate absent restraining order or other court order).

All of these considerations, both for or against leaving, should be viewed respecting your own individual factors and how they may impact your case.  Ultimately, you need to discuss these issues with your own attorney.