Is There Legal Separation in New Jersey? 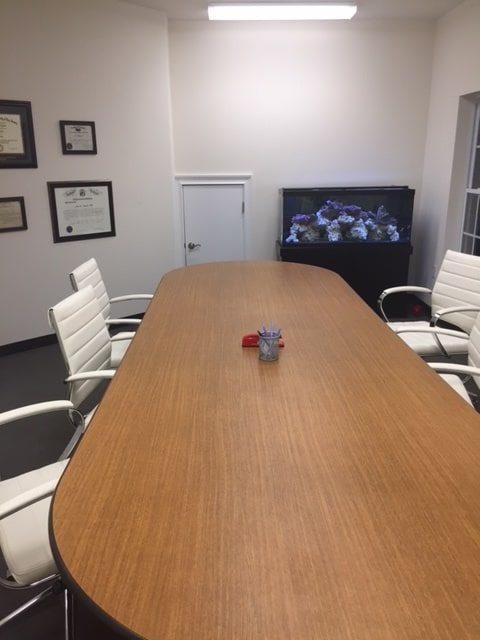 One of the questions I am asked quite often in my divorce practice is whether or not there is legal separation in New Jersey. Generally, the answer is “no,” but I wanted to address the issue in more depth in this blog post.

First, I think the term “legal separation” itself needs to be defined. When my clients or prospective clients ask me about “legal separation,” I believe they are usually asking if there is a way to live separate and apart, with a legal agreement, without actually formalizing the divorce.

There may be a number of reasons why someone would want to be legally separated. Sometimes a marriage has failed but people do not wish to formalize the divorce because they have religious or moral objectives to finalizing a divorce. They see legal separation as a way to live separate and apart but also honor their vowels and religious obligations. This is particularly true because in some religions annulments or other forms of acceptable “religious divorce” may be difficult and/or costly to obtain. Others may pursue legal separation because they may wish to reconcile in the future but wish to live separate and apart for a while with specific parameters in place.

Others are more practical: perhaps they wish to remain on the other parties medical insurance but know that once a divorce is finalized in New Jersey their medical benefits would end. There are plenty of other more pragmatic reasons for seeking legal separation.

Unfortunately, whatever the reasons, New Jersey does not have a specific “legal separation” mechanism.* (see footnote at bottom of blog post).

However, there are a few steps one could take if attempting to simulate “legal separation.” In many instances a divorce may still prove the better option and you will need to weigh and discuss these issues with your lawyer as they are fact-sensitive.

Divorce from Bed & Board

When clients or prospective clients ask me about legal separation I believe they often think there may be a method to draw up an agreement that would not finalize the divorce but that would provide an outline of rights and responsibilities each would have to the other and for their children. However, as noted above there is no docket in New Jersey for legal separation. You could work out an agreement for Pendente Lite relief, but this would be during the pendency of the divorce. You would still have to file for divorce and obtain a divorce docket number and the court would still be involved in the process.

Accordingly, pendente lite terms may be similar to a separation agreement, but is too fragile an agreement (or court order) and too short in duration to really provide a “legal separation” as desired by most clients who ask about legal separation. Indeed, it is really just a step on the path to divorce.

Firstly, the case law is almost consistent that post-nuptial agreements are generally found invalid. Unless both parties are willing to be bound by them they are very difficult to enforce because at that point you are already married and thus the courts find there is often duress or other such issues that may render the agreement invalid.

Reconciliation Agreements have a better track-record of enforceability because they are generally drafted following a period of separation (not legal separation but just separation in a formal sense). Accordingly, the courts find that the power dynamics are often closer to that of a prenuptial agreement than a postnuptial agreement. Still, these documents are often found to be unenforceable in whole or in part and are very difficult documents to negotiate and enforce. They are also both contemplated during a period of togetherness or contemplating togetherness between the couple, and therefore are inapposite to what would be desired in a “legal separation.”

Another agreement that may be actionable is an entry into “civil restraints.” However, this agreement is generally only binding for a set period of time (with the possible exception of no-contact provisions). Moreover, it is the result of a domestic violence action. More specifically, the parties may agree to “enter into civil restraints” as part of agreeing to dismiss a temporary restraining order. There is law that states domestic violence matters cannot really be negotiated so it would generally be given a divorce or other docket number. However, for the reasons outlined above it would not constitute “legal separation.”

The real problem with an informal “legal separation” is that it would not be binding should the parties ever stop agreeing to its terms. Even if both of you put something in writing without attorneys it would likely not be a binding agreement (depending upon the specific terms and circumstances of the case).

Moreover, being separated may not toll debt incurred by your spouse, may increase your alimony obligation as the years go by, and may create a new status quo that could impact your custody, your finances, and your parenting time.

It is best to speak with a lawyer if you are contemplating separation. Our firm offers consults to help you learn how separation and/or divorce may impact the important elements of your life. Call 908-237-3096 today to schedule a consult with our office.