What does “best interests of the child” mean? 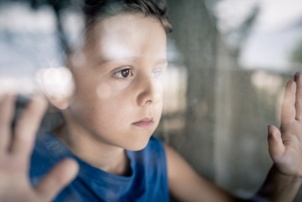 New Jersey courts use the “best interests of the child” standard to make decisions regarding child custody and visitation. This standard is subjective and allows for a great deal of judicial discretion, but several factors are used to guide the decision-making process.

Several types of disputes are resolved by determining what is in the child’s best interests. For example:

When determining what custody and visitation arrangements are in a child’s best interests, the court will consider the following factors:

If no special risks or dangers have arisen, the court often decides it is best to maintain the status quo regarding the child’s current living arrangements. This is in recognition of the fact that coping with major life changes is an emotionally difficult task for a child.

Parental Preferences for Custody and Visitation

New Jersey does not have any specific age guidelines that determine when a child is allowed to express a preference for living with a particular parent. However, if a judge determines the child is mature enough to make an informed decision, he or she can take the child’s wishes into account.

Even if a child is allowed to testify, this does not mean he or she has the final say. The judge can ignore the child’s wishes if it is determined that he or she is unduly influenced by a parent or if other factors suggest the preference is not in the child’s best interests.

The Effect of Gender in Custody Disputes

At one time, courts did routinely favor mothers in child custody disputes. Today, however, New Jersey does not consider a parent’s gender when determining the outcome of a child custody or visitation case. The court recognizes that children do best when they have mothers and fathers who are actively involved in their children’s lives.

How Carl Taylor Law Can Help

At Carl Taylor Law, we believe divorce can be a new beginning for the entire family. Our firm helps parents resolve custody and visitation issues in a way that best fits the needs of the family and allows everyone to move forward with confidence.

Carl Taylor Law is equipped to handle a wide range of custody and visitation concerns, including modifications to initial agreements. Schedule a consultation with divorce and family law attorneys Carl Taylor and Lisa Browning to learn more.