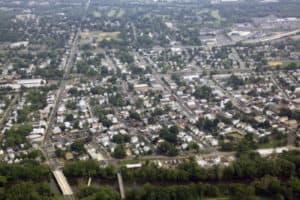 Those that investment money frequently into mutual funds or similar financial services often consider tax implications and how to minimize taxes on asset growth as an important element in investing.

Although there is no state benefit for investing in 529 accounts, these investments have historically allowed tax-free growth when utilized for college/university expenses. This means that when an investment gains value (through growth, dividends, etc), such gains will not be taxed provided it can be demonstrated they were used for college costs.

A 529 plan allows a person to grow his or her savings on behalf of a beneficiary, who could be a child or grandchild, a spouse or even yourself. A 529 plan may be established by anyone, including non-relatives, for a designated beneficiary. There is no limit on the number of 529 plans an individual can set up, but contributions should not exceed the cost of education nor the limit as set by the state…The assets of a plan belong to the plan holder, not the beneficiary (although these can be the same person). The beneficiary has no claim on the assets, which can be withdrawn by the holder for any reason at any time, with penalties.

Accordingly, since its creation in 1996, 529 plans have become the most popular formal method of college savings.  Under the recent tax reform changes, however, 529 plans can now also be used (at a rate of $10,000 per year per beneficiary) for private elementary or secondary educations.  Previously such funds could only be used without triggering taxes on gains for post-secondary educations.*

But How Do These Changes Impact New Jersey Divorces?

According to the above-linked Wall Street Journal Article, as of 2016 275 billion dollars was invested in 529 plans. Accordingly, there is a very good chance that a divorce where the parties have minor or college aged children may involve 529 plans in the assets column.  Although 529 plans name beneficiaries, they are technically owned by the investor.

Accordingly, that investor can withdraw that money (at a penalty) at any time and utilize those funds however they wish.  In sum, although a 529 plan will involve investing money in the name of another (generally); that person is under no obligation (such as a will of a pre-deceased individual) to actually continue with that plan of action.

As such, a 529 plan should be considered an asset of the parties in a divorce.  The parties can agree to divide the 529 plan, or they can agree to maintain the fund to be utilized for their child(ren’s) education.  The parties can also agree in a divorce agreement to continue to invest a certain sum each month (or year, etc.) into their child(ren’s) funds even post-divorce.  There is a great deal of flexibility in the treatment of such funds for purposes of a divorce agreement, but the parties should endeavor to address this asset class and any future obligations or rights moving forward in the divorce agreement.

Likewise, the parties should also now understand that they have the ability to contribute toward parochial/private schools without triggering tax penalties/additional taxes consistent with the modified 529 plan language under Tax Reform.  This is an additional consideration that attorneys should discuss with clients in New Jersey divorces to determine that such funds are being utilized in a manner consistent with the parties intent.

Given the nuances of 529 plans, it may make more sense to now spend down any monies held in such plans now for private education costs as part of a divorce agreement rather than having one or both parties holding them for many years to be utilized for college funds.  Then, the parties can open their own 529 plans post-divorce and save money for college as they so desire.

This mechanism may be particularly attractive considering that 529 plans allow only one administrator (and sometimes trust between parties post-divorce is not complete or even non-existent). This would be a new and novel way for divorce parties to utilize such funds consistent with the new tax code changes.

As noted in prior blog posts, there are many changes to New Jersey divorces that should be considered post-tax code changes. Although not an issue largely covered in the news under the heading of divorce, given that most middle and upper middle class families in a divorce with children will utilize such funds, it’s important to understand their treatment given such changes to the tax code.

*There are additional benefits under 529’s (and particularly as revised) such as the ability to pre-pay state tuition or to now transfer certain sums for those with disabilities, but such mechanism exceed the purpose and grasp of this blog posting.